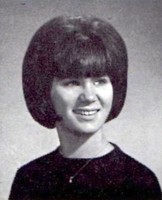 Mary A. Clark, 55, of Lebanon, died Saturday, June 10, 2006, in Lebanon. Born in Lebanon on June 28, 1950, she was the daughter of the late Chester Walter Lane and the late Audra Ester Peper Lane. She married Charles W. “Bill” Clark in New Brunswick on Sept. 6, 1968, and he survives. She graduated from Lebanon High School in 1968, and earned a B.S. degree from Oakland City College. She worked for Summer Trace Convalescent Center in Carmel as an LPN for many years. She was a member of Mt. Tabor Primitive Baptist Church in Fayette, was a girl scout leader for several years, was a member of Eastern Star #248, Amaranth of Lebanon Shrine Guild, the SCA of Lebanon, was a charter member of youth resources, and was very active in her church, including attending church camp with the youth for many years. Her hobbies were NASCAR and her grandchildren.