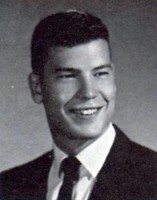 Place of Death: At Homewood Health Campus in Lebanon, Indiana

Cause of Death: Natural Causes following a lengthy illness

Mr. Handley was born in Ohio on January 12, 1949, the son of the late Thorman Ashton and Vera Helen (Merges) Handley. Mr. Handley was reared in Lebanon where he was a 1968 graduate of Lebanon High School. He was a tool and die maker and machinist. In Indianapolis he was employed for twenty years at the C.T.P. Corporation until May 2004 when he retired due to his health. Mr. Handley enjoyed his family and grandchildren. In addition he liked woodworking, camping, Indian Pow Wows, Indian culture and buck skinning.

Memorials: Charity of the Donor’s Choice