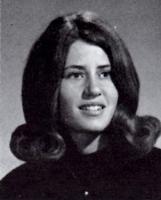 Rose was born in Lebanon, Indiana on October 27, 1949 to Donald Eugene Whitaker and Mary Avis (Adams) Whitaker. She graduated from Lebanon High School in 1968, and from Ball State University in Muncie, IN with a bachelor's degree and a master's degree.

Rose had a servant's heart and was a lifelong educator, with her last teaching position at Flower Mound ISD prior to retirement.

As a member of Denton Bible Church for over 20 years, Rose spent many hours in study and in service. She also was a member of PEO and Mercy Heart, both serving the community.

She married the love of her life, the late Walter Ray Harvey on August 7, 1971 in Lebanon, IN. Rose was preceded in death by her husband Walter and her parents Donald and Mary Whitaker.

A memorial service is scheduled for 11:00 A.M., Thursday, March 7, 2019 at DeBerry Funeral Directors with Rev. Michael Spencer officiating. Private interment will be held at DFW National Cemetery in Dallas.