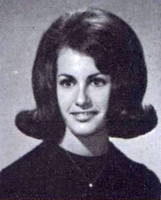 Mrs. Suzanne “Suzie” Brenner, 63, of Lebanon, died Sept. 29, 2013, at her residence. Suzie was born April 13, 1950, in New York City, N.Y., to Sidney Samuelson and Beverly (Mintz) TenEyck. Her father is deceased. Suzie was married to Robert M. Brenner in 1995. He survives. She was a graduate of Lebanon High School and worked at Hewlett Packard for 17 years. Survivors include her husband, Rob; her mother, Beverly TenEyck of Lebanon and her children: Todd Padgett of Lebanon, Chad (Tonja) Padgett of Thorntown and Mitzi (Scott) Riddle of Lebanon; grandchildren Carson Riddle of Lebanon and Faith, Gabe, and Nathanael Padgett of Thorntown; and siblings Alan Samuelson and Edward (Diane) Samuelson both of California. She was preceded in death by her father, Sidney and her stepfather, James TenEyck. Family and friends will gather today, Oct. 2, for visitation from 4 until 7 p.m. with a prayer service at 6:30 p.m. in the Strawmyer & Drury Mortuary, 2400 N. Lebanon St., Lebanon. Strawmyer & Drury is in charge of cremation arrangements. Contributions in her memory may be made to the Boone County Cancer Society, 117 W. Elm St., Lebanon, IN 46052. Online condolences may be made at www.strawmyerdrury.com. - See more at: http://obituaries.reporter.net/story/suzanne-brenner-1950-2013-718359351#sthash.0rhnjk7E.dpuf